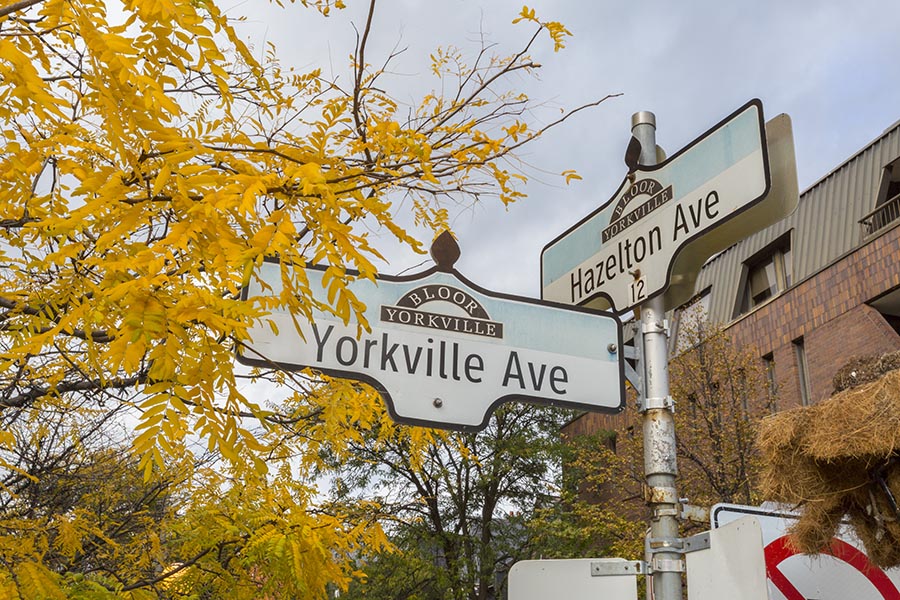 How Yorkville came to be

The prestigious and luxurious neighbourhood of Yorkville was not always the way it is today, i.e., surrounded by lavish condominiums, high end shops and boutiques, five star restaurants and hotels. On the contrary, Yorkville was not even a district of the City of Toronto and also went by a different name. This historical neighbourhood has gone through many changes, both in name and the company it attracts, ever since the early 1800s.

Yorkville (The Village of Yorkville) was founded by entrepreneur Joseph Bloore (of which Bloor Street is named after) and William Botsford in 1830. The land was purchased and divided into smaller lots in the Yorkville district, doing their best to live in cleaner air residing outside of York. The small community of over 1,000 people Village of Yorkville residents requested to be a part of Toronto in 1880. By 1883, Yorkville had officially become a district of Toronto.

Fast forwarding almost a decade to the 1960’s, Yorkville was seen as Toronto’s hub for bohemian culture. The music scene flourished out of Yorkville, introducing some of Canada’s most renowned musical talents, including Joni Mitchell, Neil Young and Gordon Lightfoot. As well, literary idols irrupted from this cultural neighbourhood, such as Margaret Atwood and Gwendolyn MacEwen. Yorkville was bursting with culture and adventure. However, not all thought so highly of this scene. Being named the “Canadian Capital of the Hippie Movement” felt as if Yorkville was an infectious area located in the middle of the city crawling with hippies and young people. This scene did not last long. You may still find a shop or two located in the area that carry fine pieces of Canadian art dating from the 1960s & 70s.

That being said, you are probably wondering when the complete over-haul of the Yorkville neighbourhood came into play. In fact, the change began with the new Bloor-Danforth subway was constructed in the late 1960s. From there, property value increased with the City of Toronto’s plans to develop higher density areas. Office towers, department stores, art galleries and restaurants began to pop up all around the neighbourhood. Real estate values continued to increase. In the 1970s many of the smaller buildings in the area were destroyed and were replaced with office towers, elaborate hotels, and elaborate condominium buildings which were built over the following decades.

Today, Yorkville is a sought after neighbourhood by homeowners and retailers all over the world. With all amenities located in one neighbourhood, the locals are able to live, work, and play in the neighbourhood they love.

It is phenomenal to see how this neighbourhood came to be in the span of only a few decades, with further transformations happening today. If you are interested in residing in this neighbourhood, please contact us as we would love to meet you and bring you on a tour of this fabulous neighbourhood.